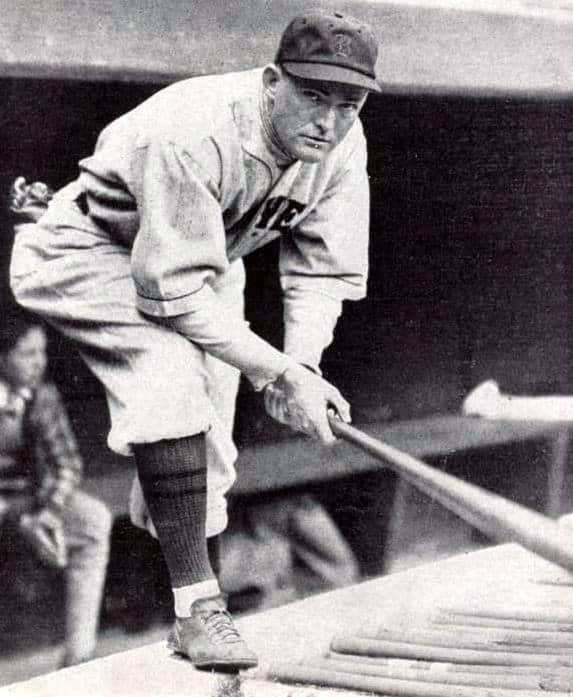 Pedroia has played with the Boston Red Dox since 2006 when he was just 23. Pedroia won the Rookie of the Year in 2006. In 2008, Pedroia won his first Silver Slugger Award with a batting average of .327 and won the Gold Glover Award that same season, while also winning AL MVP. Pedroia has 4 Gold Gloves thus far in his playing career.

Frank White started his MLB career at the age of 22 with the Kansas City Royals. White was chosen to play in five All-Star games and won eight Gold Glove Awards, which are the most in Kansas City franchise history. In 1986, the Royals second baseman won a Silver Slugger Award.

Red was 22 when he started his MLB career in 1945 with the St. Louis Cardinals. He played 13 seasons as the starting second baseman for the Cards. During his rookie season, Red led the NL in stolen bases. In one season, he led the NL doubles and at the age of 34 collected 200 hits.

For his career Schoendienst averaged .289 at the plate with 84 home runs, 427 doubles, 773 RBIs, 2,449 hits and 1,223 runs scored. Red was inducted into the Baseball Hall of Fame in 1989. Following his successful career on the field, Red was a successful coach and manager and wore the St. Louis uniform for 67 years while spending 74 years in a baseball uniform.

Nellie Fox was the only second baseman chosen in 1957 for the Gold Glove Award and followed that season with two more Gold Glove Awards. Fox played in 798 straight games at one point during his career which was sixth most all time when he retired. Fox led the White Sox in 1959 to their first pennant in 40 years and was named the AL MVP. Fox was inducted into the Baseball Hall of Fame in 1997.

Doerr was a rarity for a second baseman as he hit in the middle of the Boston Red Sox lineup batting fifth most of his career behind Ted Williams and Jimmie Foxx. Doerr finished with a career batting average of .288 with 23 home runs, 1,247 RBIs, 2,042 hits and 1,094 runs scored.

The Red Sox second baseman was chosen for nine All-Star Games and batted .300 or better three times during his career, while knocking in 100 or more runs six times. Doerr was elected to the Baseball Hall of Fame in 1986.

Robinson Cano begin his MLB with the New York Yankees in 2005 and after playing 9 seasons left to play for the Seattle Mariners in 2014 and is currently playing with the New York Mets. Cano has been chosen to seven All Star Games, while winning two Gold Glove awards and five Silver Slugger awards.

Cano won a World Series title in 2009 while with the New York Yankees. The second baseman has an outside shot at catching Jeff Kent for career home runs for a second baseman of 366 as the Mets infielder has 315. Cano has been known for hitting for average and power as well and has five seasons of .300 or higher batting average and 25 homers. As of July 10, 2019, Cano has a career batting average of .303, with 315 home runs and 1,251 RBIs.

While with Houston, Biggio win five Silver Slugger awards and four straight Gold Gloves during the mid-1990s. While never winning a World Series title, Biggio did take home several individual awards including the 2007 Roberto Clemente Award. Biggio was inducted into the Baseball Hall of Fame in 2015.

Carew was the 1967 Rookie of the Year and chosen to play in 18 All-Star Games. Considered one of the best all-time contact hitters, Carew won seven batting titles, including four straight from 1972 to through the 1975 season. Carew’s best season statistically was in 1977 when he hit .388 with 14 homers and 100 RBIs and was named the AL MVP. Carew was inducted into the Baseball Hall of Fame in 1991.

Whitaker played his entire career of 19 years with the Detroit Tigers and is considered one of the most underrated second basemen of all-time. For his career, Whitaker batted .276 with 244 home runs, 1,084 RBIs, 2,369 hits, 1,385 runs scored and 144 stolen bases.

In 1977 Whitaker won the Rookie of the Year award. The second baseman won three straight gold gloves during the mid-1980s. Whitaker also won four Silver Slugger Awards and was named five times to the All-Star team.

Kent holds the record for the most all-time home runs for a second baseman with 366 after retiring in 2008. Kent was underrated most of his career but was considered one of the National League’s most consistent hitters for nearly 10 seasons.

Kent’s best seasons were when he played in San Francisco winning the NL MVP with the Giants with 33 home runs and 125 RBIs while batting .344 in 2000. Over his 17-year career, Kent knocked in 1,467 runs and just three second basemen prior to him – Hornsby, Lajoie, and Gehringer – had more.

Alomar was baseball’s best second baseman during the 1990s as he hit for average and power while stealing bases and featuring a deft fielding range. Alomar was a big part of the 1992 and 1993 World Series Champion Toronto Blue Jays.

Alomar finished his career with a lifetime batting average of .300 and 210 home runs, while stealing 474 bases. Alomar won 10 Gold Glove awards during his illustrious career. In 2011, Alomar was inducted into the Baseball Hall of Fame.

Sandberg was one of baseball’s best hitters for his 16 seasons with the Chicago Cubs, but his fielding may have been even better although it often times was overshadowed by his production at the plate. In 1989, Sandberg went 89 straight games without committing an error and for his career finished with a .989 fielding percentage which is tied for the all-time best.

His power and speed were exceptional as he batted .285 for his career with 282 home runs, 1,061 RBIs and stole 344 bases. During the 1984 season, Sandberg led the Cubs to the playoffs for the first time in 39 seasons and won the NL MVP award while hitting .314 with 19 home runs. Sandberg was chosen to play in 10 All-Star Games and was inducted into the Baseball Hall of Fame in 2005.

Frisch was a star second baseman with the New York Giants between 1921 and 1926 averaging over 100 runs per season, with a batting average that never dipped below .324. Frisch and the Giants won four consecutive pennants from 1921 through 1924. In 1926, the Giants traded Frisch for Rogers Hornsby.

With the Cardinals, Frisch hit .300 or better in seven of eight seasons and was a member of four more pennant winning team as part of the Gas House Gang. Frisch won two World Series titles and finished his career with a .316 batting average, 1,244 RBIs and 419 stolen bases.

Robinson made MLB history when he broke the color barrier during the 1947 season. Robinson finished his career with a .311 batting average, 134 homers, 197 stolen bases but those totals are lower compared to others since he did not join MLB until the age of 28 and played just 10 seasons.

Robinson was named MVP in 1949 with the Brooklyn Dodgers when he averaged .342 at the plate with 124 RBIs and a major league best 37 steals. Robinson’s career fielding percentage was .983. Every major league baseball team has retired the No. 42 that was proudly worn by Robinson for the Dodgers.

Gehringer played for the Detroit Tigers between 1924 and 1942. His fielding was solid and he led all second baseman in the AL in fielding percentage during nine seasons. At the plate, Gehringer hit .300 or better 13 times and led the league hitting at .371 in 1937 at the age of 34.

In 1937, Gehringer was the AL MVP. During his career, he was chosen for 6 All-Star Games and won a World Series title with the Detroit Tigers in 1935. Gehringer completed his career with a .320 batting average, 184 home runs and 181 stolen bases.

Lajoie finished with a career .338 batting average. Following five seasons with the Philadelphia Phillies where he averaged .345, he moved to the American League in 1901 which gave the upstart league its first star player. That season with the Athletics, Lajoie batted .426 with 125 RBIs.

Collins played 25 seasons in the majors from 1906 to 1930 with time playing for the Philadelphia Athletics followed by the Chicago White Sox. In 11 seasons, Collins averaged .340 at the plate or better but playing at the time of Ty Cobb, Collins never was a batting champion. Collins led the American League in stolen bases on four occasions and for three seasons led the league in runs scored.

Hornsby was one of baseball’s best all-time hitters mixing a combination of average and power. He was a four-time leader in doubles for the NL, two-time NL home run champion and his 289 home runs during his career are third all-time amongst second baseball trailing just Jeff Kent and Robinson Cano.

In 1922, Hornsby hit .401 with 42 home runs and 152 RBIs with a 33-game hitting streak mixed in. Two seasons later Hornsby hit .424. The second baseman played with the St. Louis Cardinals for most of his career and his .358 batting average and .577 slugging percentage are impressive for any player at any position.

Morgan is baseball’s best second baseman in the history of the game. Morgan was strong both offensively and defensively during his 22-year MLB career. With the Cincinnati Reds, Morgan averaged .271 at the plate, with 268 home runs, 1,133 RBIs, 2,517 hits and a mighty 689 stolen bases. Morgan was named to 10 All-Star teams.

Defensively, Morgan earned five straight Gold Glove awards, and was name the 1972 All-Star Game MVP and was the National League MVP in both 1975 and 1976. Morgan won two World Series titles during his career.