Over the rest of the bowl season, I will begin analyzing how the conferences and football teams performed through the regular season. This first edition focuses on the Conferences’ average AP Rankings as the season progressed. It is obvious when major upsets and key victories occurred just by studying this chart. 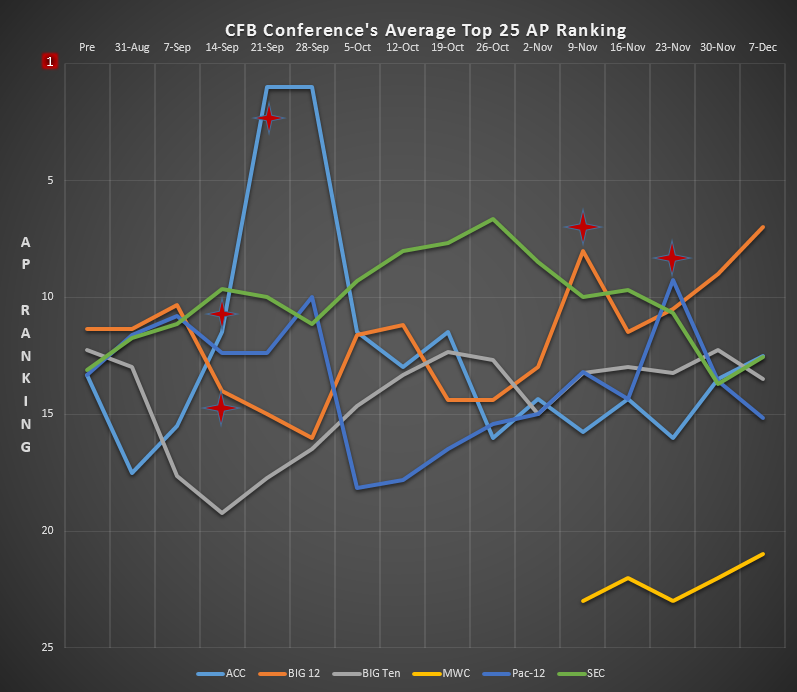 The red star notates changes in the chart caused by teams entering or falling out of the Top 25.

Taking this data, you can also determine the Conference Breakdown in the Top 25 as of December 7th 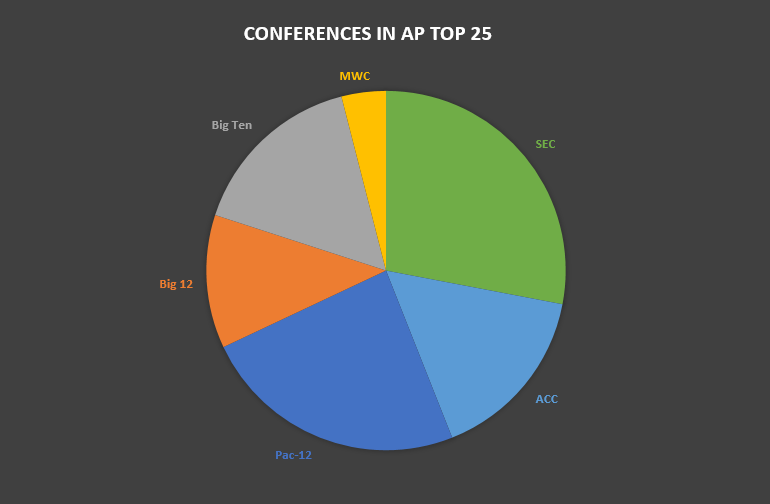