Tony Hicks, a 23-year-old point guard who brought his talents from the US to Britain in the Summer.

The former Penn and Louisville ball handler signed for the Surrey Scorchers in the off-season after a summer of training and preparing for life overseas as a professional athlete.

So far for Surrey Hicks has averaged 16 points per game, along with 5 assists, 1.6 steals through his first 15 games.

As we move towards the mid-point in the BBL season, Hicks has opened up about life in the ever-growing British league.

“I think the BBL is a good league.” Hicks said.

“I wouldn’t consider England to be a basketball country from comparisons I’ve heard from friends in Europe, I’ve been quite pleased with the fan support.”

“My vets have told me how games are called and so forth so that aspect has been what I’ve been expected, as well as the playing style. It’s not a faster game than what I am used to, but the big men are definitely allowed to be physical I would say.”

The Chicago-native left what he knew in the States, and is not the first of many Americans to pack their bags and come to Europe to pursue professional sports careers. Despite what most people would find a hard transition, he has not found being far from home a problem.

“Life is fine, I know how to cook and take care of myself pretty well. I’ve never been the kind of person to get homesick, and I’m perfectly fine with being in the gym and relaxing in my room on Netflix or Youtube. I’m low maintenance.” 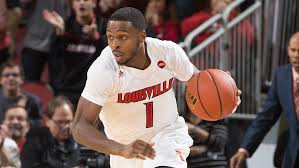 Tony Hicks spent four years at Penn University and graduated before a post-graduate year with Louisville.

In terms of basketball, the Scorchers are sitting in the 7th place in the BBL standings. Some of their best wins have come against Sheffield on the opening day, a dismantling of Manchester at Surrey Sports Park, but Hicks has his own personal favorites from the season so far.

“Four our team I would say the highlight is the amazing game we had against Glasgow. I think it just shows what we’re truly capable of.”

“I think my best game personally was against Worcester even though we lost. I was most proud of my 10 assists to two turnovers in that game.”

Moving forward he has a clear mindset heading into the new year, and the team know exactly what they need to work on.

“I just think our maturity level needs to rise a bit in how we approach each day. Being sharp and focused consistently is key.”

“I just want to win basketball games and then everything else will take care of himself.”

Hicks played with NBA starlet Donovan Mitchell at Louisville last season. Mitchell’s start has turned heads throughout the basketball community, but not Hicks. He always knew what to expect.

“I think Donovan is playing great basketball right now. He is just posing with confidence I can see it on his face. But I’m not really surprised honestly, because he isn’t do anything that I haven’t seen him do before. It’s now just on a bigger stage and the world is able to see what he is capable of. I’m really really proud of him.”