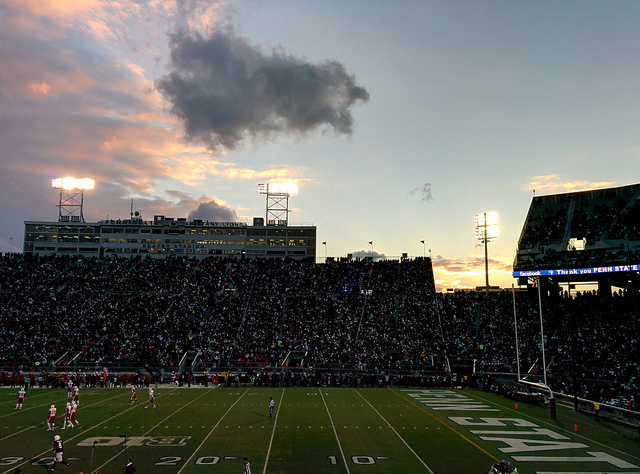 It looks like Michigan State is the only team in the Big Ten that has a chance to make the playoffs this season.  Overall the Big Ten has been a disappointment, with only three team currently ranked in the top-25.  Ohio State is 6-1, but their lose against Virginia Tech looks worse every week.  The Buckeyes are currently 16th in the country, with only one game left against a ranked opponent.  They play Michigan State next week, but I don’t think that will be enough to elevate them in the polls.  This week look for Ohio State to blowout Illinois.

There will be two games to watch this week.  One of them is Wisconsin traveling to play Rutgers.  The Rutgers have gotten blown-out in back to back weeks against Ohio State and Nebraska.  I expect that trend to continue this week.  Wisconsin is 5-2 and only has one conference loss against Northwester, who has two conference losses. The Badgers control their destiny in the west division right now and have a big matchup next week vs Nebraska.  This week they can’t get caught looking ahead.  I expect Melvin Gordon to have a big game and Wisconsin run away with this game in the second half.

Maryland at Penn State is another game to watch this week.  Maryland eliminated themselves from contention in the east division last week, after getting blown-out by Wisconsin 52-7.  Penn State coming off a crushing loss to Ohio State.  The Nittany Lions lost in double-overtime, after making a great second half comeback. Penn State has now lost three straight games and are desperate for a win.  I got Penn State winning a close one at home.