From the Cameroon to the Philippines, underdog Mike Harry is seeking a shot at the big time | Fueled by Sports

From growing up with asthma and not being able to play sports, playing local basketball with Joel Embiid, and an incredible journey that took him to the Philippines, the story of Mike Harry is nothing short of remarkable.

Harry is currently playing in the Philippines NCAA and has recently finished an unbeaten 18-0 season with Lyceum. Despite losing in the Championship game, the success of the collegiate side in the regular season caps off a thrilling journey for the 22-year-old.

Now standing at 6’6″ and weighing in at 220 pounds, the Forward believes he is now ready for a shot at professional basketball.

Having been incapable to play any sports for the first decade of his life, Mike Harry grew out of his asthma at aged 13 and was able to start playing sports, this is where basketball came into the picture.

“I discovered basketball through my older brother, but unfortunately i couldn’t cope with it, my body could not take it and everybody was laughing at me cause i was too skinny. At 14, i went to a basketball academy call Kossengwe where i continued to practice trying not to give up on basketball cause for me basketball was the only place where i could socialize with people after my sickness.”

In his hometown Harry played on the same local team as Philadelphia 76ers superstar Joel Embiid. 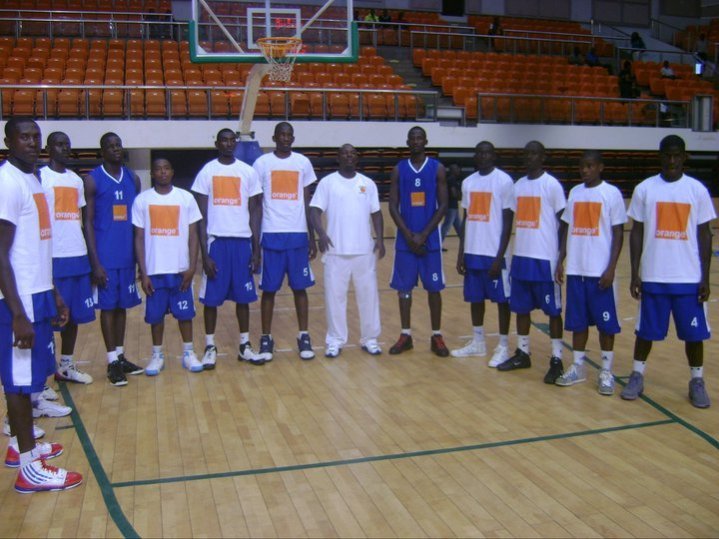 “In 2011 i went to a basketball camp sponsored by the Cameroonian NBA player Luc Mbah a Moute with some of my teammates like Joel.”

“I was not able to make it to the top 5 players to go to ‘Basketball without border’ in South Africa and after that failure my father decided to send me to Benin (West Africa) so i can finish my High school. I had to give up basketball for 1 year and focus on my studies.”

“After my final exam, in the year 2012, a friend of mine who was playing in the Philippines contacted me and asked me if i still play basketball and told me that i can visit him in Manila and see how it goes. of course i was very happy about it and i told him that i still play and i started to practice again so i could eventually play college ball in the Philippines.”

The kid from Cameroon set off to Asia to pursue an unlikely dream of being a professional basketball player.

Although when he arrived there, his challenge was not made any easier.

“When i arrived in Manila coming from Africa no schools was interested in me because i had stopped playing for a year. I wasn’t fit enough, so once again nobody put an eye on me and I was brushed aside.”

“After that i decided to go to another city in the Philippines called Cebu where i was able to find a school ( University of the Visayas) and i worked so hard to prove everybody wrong, i built my body up got bigger, stronger, better and by the end of my first season with them in 2013, we won the school tournament of the city (Cesafi) and i decided to go back to Manila since my plan was to go to Cebu to play one year get ready and then return to the big city.”

On his return to Manila, Harry had to sit for a further two years as part of the basketball regulations about a foreign student player.

In 2016, he finally suited up for Lyceum, and the team finished 9th out of ten in the NCAA. He finished as the rookie of the year and made the Defensive team of the year.

Harry returned to Cameroon to visit his unwell Mother, but she insisted he return to the Philippines the following season to make his basketball dream a reality.

“Upon my return, the coach cut almost all my previous teammates and just kept five of us and recruited new ones, so i went up and talked to him and told him that no matter what i am willing to sacrifice my ego for the good of the team and win the championship that year 2017.”
“He gave me a book – Relentless: From Good to Great to Unstoppable by Tim S. Grover.  It inspired me to work harder and that book added bushes in the small fire that i had in me and i realized that relentless is what i have always been and if i have just the right people and the right opportunity i can make it to the Euro league or the NBA.”
His new motivation inspired Lyceum to an unbeaten season, winning all 18 of their regular season games. Harry dominated in the middle for Lyceum, with his best performance finishing with no less than 27 points, 21 rebounds and 2 blocks.
The team advanced to the NCAA final and lost to the defending Champions. But Harry’s journey is far from over.
“Looking back at our season, we made history through the blood, sweat and tears. All i can say is that hard work pays off cause all I did was work at becoming a better player, in all aspects. I truly understood what it meant to live and breathe basketball.”
“I came to the Philippines five years ago starting from nothing, people used to laugh at me and tease me for having small legs, “look at your legs they are so small if you dunk you might break your legs”, now look at me dunk.”
“People would tell me that I made the wrong decision going to the Philippines and that nothing great will ever happen to me, but me, all i want to do is just to play basketball, so other people can get inspire by what i have been through in my life.”
Mike Harry is now a free agent looking for a way into professional basketball. His success in Philippines shows how far he is willing to go to fulfill his dream of being a professional. You can contact Mike and read more about his story here: https://www.linkedin.com/in/mikeharrynzeusseu/