On this Day in Sports History January 21 - Fueled by Sports 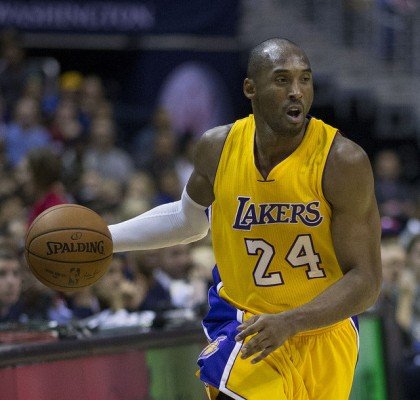 Kobe Bryant by Keith Allison is licensed under CC by 2.0

On this Day in Sports History January 21

On this day in 2010, Kobe Bryant became the youngest player in NBA history to reach 25,000 points. He achieved that record at 31 years, and 151 days, beating previous record holder Wilt Chamberlain by 35 days.

On this day in 1979, the Pittsburgh Steelers beat the Dallas Cowboys 35-31 in Super Bowl XIII. Pittsburgh became the first team in history to win three Super Bowls. Terry Bradshaw won the MVP by throwing a record four touchdowns. Hall of Fame receivers Lynn Swann and John Stallworth combined for 239 on 10 receptions and three touchdowns.

On this day in 1971, no player received the necessary votes to be elected into the Hall of Fame, with Yogi Berra getting 67.2% and Early Wynn getting 66.7%. Those two were the closest to getting the required 75%. Both players wouldn’t have to wait long to be elected, as they both were elected the next season.