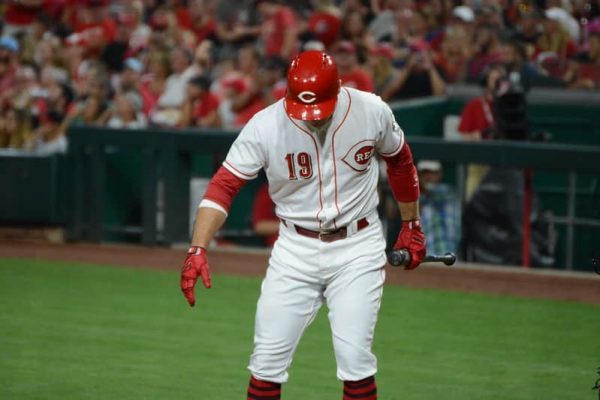 There has always been players that have great seasons or great stints with certain teams than the following season get off to a slow start and never recover. So far this season we have seen a few players that have got off to a slow start and aren’t showing any signs of getting hot soon. A few honorable mentions would be the hitting version of Shohei Ohtani, Shane Bieber and Trevor Story. Story was a big signing for the Red Sox and has been nothing short of a disappointment so far for Boston, he has done better in the past couple of weeks, but still not the type of production you want out of someone you paid $140m/6 years for. Ohtani has pitched great, but is really struggling at the plate to start the year, you would expect him to get things going soon. Bieber looked better in his last start, but has been struggling to get going for the Guardians.

Olson is off to a slow start and has struggled to make an impact for the Braves early on, the expectations are high and living up to those expectations could be what is holding him back. Olson replaced long-time Atlanta first baseman Freddie Freeman and seems to be pressing to really make an impact. He has struggled in the field which is unusual for the gold glover. Olson has done a great job at working the count and leads the league in doubles, but I really expected him to already be at the top of the league in home runs and be a better defender than Freeman was at first.

Woodruff has been pretty bad this year, already giving up five home runs and already walking 12 batters in just 33.2 innings. To put that in perspective, he only gave up 18 homers and walked 43 in 179.1 innings in 2021. Milwaukee will need Woodruff to get back to his former self if they want to have a chance at beating out St. Louis for the divisional crown.

Votto has been downright awful to start out this season, especially for a guy who hit 36 homers in 2021. He hasn’t hit a home run yet through 23 games and is slashing .128/.277/.154. It has to make you think that we are seeing the end of a great career from one of the better first baseman to ever play the game. Votto could turn things around and could end up having a great season.

Perez is a seven-time All-Star, who led the American League in home runs and RBIs in 2021, but has gotten off to a slow start to this season. Perez has  already struck out 38 times and is just not hitting the ball as yard as he has in the past. His line drive rate is 16.3%, which is seven percent less than last year and the lowest of his career. Perez will more than likely get hot eventually and hit around 25 homers.

Correa was another high paid player that was expected to make an immediate impact. The Twins signed him late in the offseason and he didn’t get as many at-bats in spring training as his teammates. Correa only has two homers and six doubles and has yet to make the kind of impact that Minnesota needed out of him when they signed him. He’s hitting the ball hard, but isn’t going to the opposite field like he has in the past. Correa needs to work on going with the pitch and that would turn his season around.