How Important Is Home Field Advantage to the Patriots? - Fueled by Sports 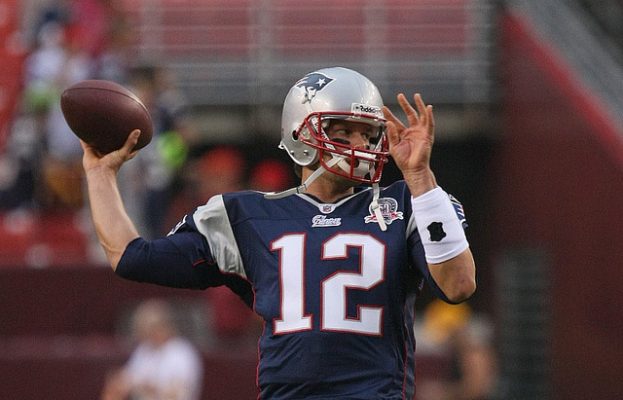 Tom Brady by Keith Allison is licensed under CC by 2.0

Things got even more interesting in the AFC playoff picture this week as the previously 10-2 New England Patriots lost yet another late-season game to the even-Steven Miami Dolphins (6-6). Tom Brady said the squad had one of its worst games ever, telling reporters, “We can’t get any worse than that. We couldn’t stay on the field and just didn’t make enough plays. It’s just a bad night. We’ve had a lot of good nights this year, and this was a bad night.”

Seeing Through the Dolphins?

It’s hard to disagree with him. It seemed uncharacteristic of the Patriots to play so poorly, and the Dolphins so well. But as they say, this is the NFL, and anything can happen. There aren’t any teams without talent, just some with records better than others.

The Dolphins, with little hope for the postseason, showed the Patriots they were the better team that night. Some have suggested New England was looking past the Dolphins and was more focused on its big game coming up next against the Pittsburgh Steelers.

Coach Bill Belichick scoffed at the questions and the notion. “No,” he said, with his usual petulant look and demeanor. “Give me a break. Any questions about the game or not?” The bar is high for the Patriots. They are usually expected to win. They were certainly expected to win this one. Give Miami credit where credit is due. It played a great game. But most see this as a failure on the Patriots’ part.

How does this set New England up for the game against the Steelers?  Will the loss motivate the team to do better, or will it quash its spirit as it faces an 11-2 team in control of the playoff picture? While it isn’t a certainty, the winner of this game should be able to maintain home field advantage throughout the playoffs.

Is that important to the Patriots? Yes and no. The Patriots are 7-4 in the AFC Championship under Bill Belichick and Tom Brady. They are 4-1 when they have home field advantage. So the numbers speak for themselves.

We’ll see how they do against the Steelers on their turf and after the loss against Miami. Home field advantage will not only be in play, it will be at stake for the playoffs. If you want to see the Patriots play at home again, hope they win out and get home field advantage.

Home Field Matters, But Only So Much

Whether the Patriots need home field advantage is up to debate and depends on whom you ask. Las Vegas usually gives the home team a 3 point boost while setting the odds, says Pats Pulpit. Between 1990 and 2015 the home team had .579 winning percentage. During the playoffs, this increased to .673. So mathematically, having the home field is actually an advantage.

The numbers suggest you have a better chance of winning when you play on your home field. But numbers and math aren’t everything. They are just a factor. A bad team playing at home isn’t going to have any advantage over a good opponent playing against them, regardless of a potential Las Vegas three-point boost.

The Patriots historically have had a roughly 2.8 points of home field advantage over the past ten years. Tom Brady is 64-6 during the regular season at home over that same time versus 49-22 on the road, notes Pats Pulpit. Again, the numbers suggest the team playing at home has the advantage. Psychologically, they must as well.

It’s an accomplishment just to get to the playoffs in the NFL. Winning so much you get home field advantage also means you get to sit out the first round of the playoffs and rest up. Your first opponent is going to be a team with a worse record, and you are generally set up to continue winning. Eventually, you will face a tough team in the conference championship regardless of your route to get there.

Seeing the Patriots at Home

If you’ve never seen the Patriots play at home, it’s an absolute must. But first, there are some things you need to know. First, make sure you can get your tickets before you make your travel plans. These games sell out almost instantly, so check out SeatGeek or StubHub. Then, decide between driving and flying. Logan airport gets about 15 million passengers a year but is super easy to navigate and a half hour drive from the stadium. Bundle up! It will be colder than you expect, especially if you’re from the south. Tailgating is allowed, but make sure you check out the stadium rules on what you can and can’t bring.

Most importantly, hit up the bathroom well before the game starts. Long lines could make you miss key parts of the action.

You do better when it’s your crowd, your field and your weather you are accustomed to playing in. Traveling across the country can take an added toll on bruised and battered players’ bodies. Home field advantage is an advantage, but it’s only part of the many struggles championship games present. Good luck to the Patriots in the coming weeks.

Tweets by @FuelingSports
How NFL Players Train to Prepare for the Long Season
What Does the Offseason Look Like for the Super Bowl Teams?
To Top
Fueled by Sports