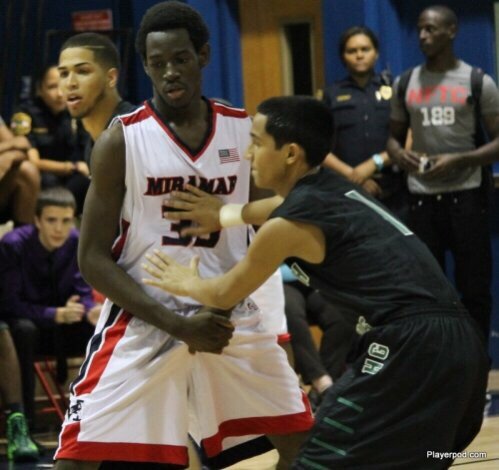 Jarvis Kingston grew up just like any other young basketball player, dreaming of playing as a professional one day.

While at Miramar High School, he played no less than five different sports. Basketball, soccer, volleyball, track & field and cross country were all balanced alongside his studies.

Now aged 23, the 6’4 forward is hoping that despite his ‘underdog’ status, his dream of going pro as a basketball player is still very much alive and realistic.

In his time at Jarvis Kingston High School, Florida, Kingston made the most of restricted minutes to do a little bit of everything. He averaged 3.6 points, 3.6 rebounds, as well as a steal each outing.

He also traveled with teams including the PSN Heat, Jr. Kings and the Miami Select team.

His versatility and retro style is something that Kingston is proud of.

“I’m an all-around player that can play and defend multiple positions. I have an old school, blue collar playing style.”

“I’m a slasher at heart and love to score inside, but can knock down the three pointer when needed.”

Kingston used to travel around South Florida to play games, and his coach made him play against older age groups as old as 23, despite being considerably younger.

“One team was from the Philippines, another was from France, and another from Puerto Rico.”

“Every time we competed against a foreign team, I always held my ground, I’m very competitive.”

His performances against foreign sides and older players has given the young prospect plenty of experience facing different basketball styles, which only increased his ambition to become a professional.

“It would be awesome to play anywhere in the world. I always thought about playing in Italy, Estonia or Russia. London seems more realistic and it would be cool to play basketball over there.”

He entered the 2016 NBA draft, making him an official free agent. Since then, along with holding down two jobs, he is on a sports diet and continues to work on his craft in his spare time.

Could a young man from the Bronx fulfill his dreams of being a basketball player? He remains a free agent and is available to play around the world.