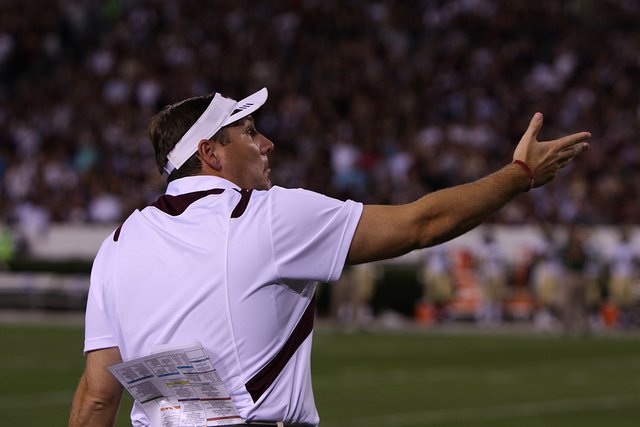 What Was That? by Morgan Harrison is licensed under CC by 2.0

After a rainy day in Starkville, the bulldogs truly prove they deserve to be in the conversation as the best team in the nation after a convincing win Saturday Night.  Right from the get go, the bulldogs piled up 21 unanswered points in the 1st quarter as Auburn turned the ball over twice.  This quick start was answered in the 2nd quarter by Auburn, after Nick Marshall was able to settle his offense down; this accomplished by him going 17/35 for 209 yards passing, 2 touchdowns and 100 yards on the ground.  Auburn’s defense was able to come out in the second half and slow down the Mississippi State offense.  The Bulldogs proved to be too much in the end as they went ahead 31 – 20 on a field goal with just over 11 minutes remaining, and after another touchdown later they held on beat the Auburn Tigers.

This opens up the Heisman talk for Dak Prescott even more as he pushed his team to victory.  He ended up 17/34, 246 yards passing and 3 total touchdowns.  Prescott has thrown for more than 200 yards and rushed for more than 100 in his last three games, which is something Tim Tebow, Cam Newton and Johnny Manziel never did while playing in the SEC.  Dak has a bright future and it will be fun to watch him be tested through the rest of the season.