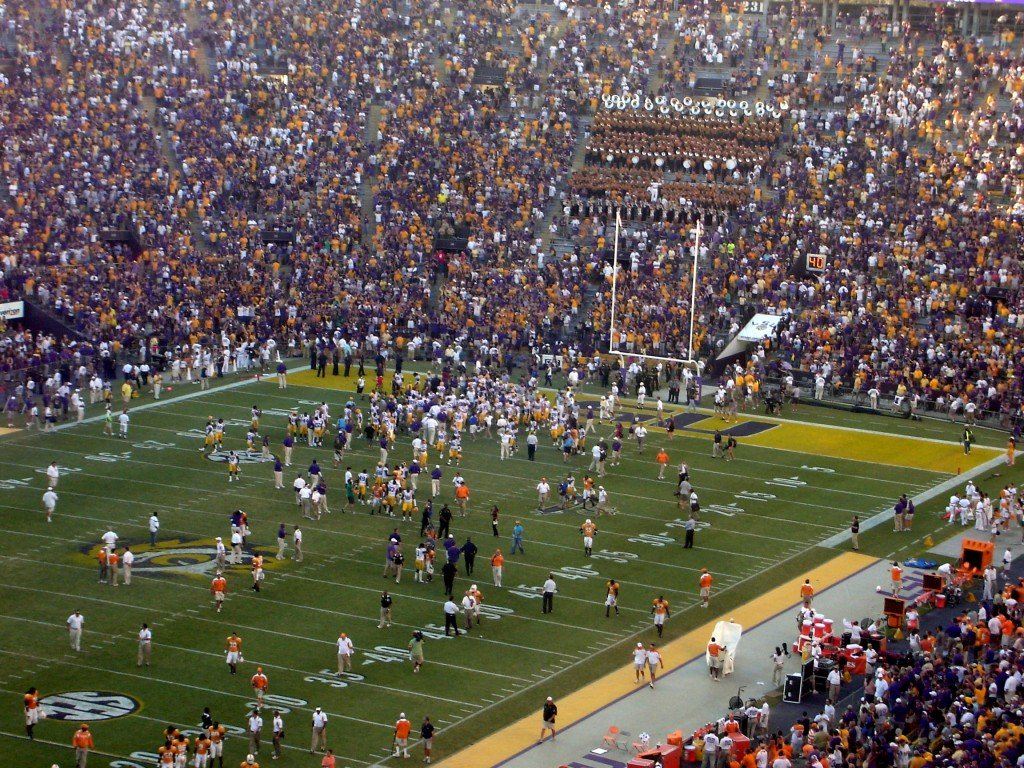 LSU Wins! by Shoshanah is licensed under CC by 2.0

As the last few seconds of clock wound down,  LSU students and fans rushed out onto the field in a ironic situation.  LSU just reminded Ole Miss about their tradition of pulling out incredible wins at night in Death Valley, the way Ole Miss celebrated their win over Alabama.  Leonard Fournette had a great night with 113 yards and 23 carries, some of which kept drives alive.  Anthony Jennings had a rough night, going 8/16 with 142 yards through the air and 2 interceptions.  However it was apparent very early in the game, that it was the two defenses were going to determine the outcome of the football game.

We saw Bo Wallace become rattled during the game and make errors that are reminiscent of the Bo that we have know the past few years.  He exited the game going 14/33 and 176 yards but with a coffin-closing interception at the end of the game.  All through the game we saw these two strong defense exchanging body-blows with the opposite team.  It goes to show, an undefeated record is just that tough to accomplish.