On this Day in Sports History February 27 - Fueled by Sports 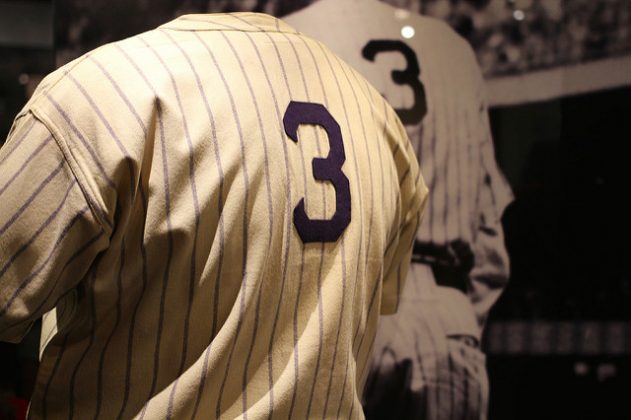 On this Day in Sports History February 27

On this day in 1955, the Boston Celtics beat the Milwaukee Hawks 62-57, setting a record for the fewest points scored in game since the introduction of the 24-second shot clock.

On this day in 1996, the Chicago Bulls beat the Minnesota Timberwolves 120-99 to improve to 50-6 on the season, reaching 50 wins with the fewest losses in a season of any professionals sports team in the 20th century.

On this day in 1912, the New York Yankees announced that they will begin wearing pinstripes on their uniforms. They would start wearing the stripes on April 22, 1915 vs the Washington Senators.

On this day in 1973, Chicago White Sox first baseman Dick Allen signs a record deal worth $675,000 for three-years.

On this day in 1989, Blue Jays future first baseman John Olerud underwent brain surgery to remove an aneurysm. Olerud collapsed while working out at Washington State University on January 11 after working out.