On this Day in Sports History March 23 - Fueled by Sports 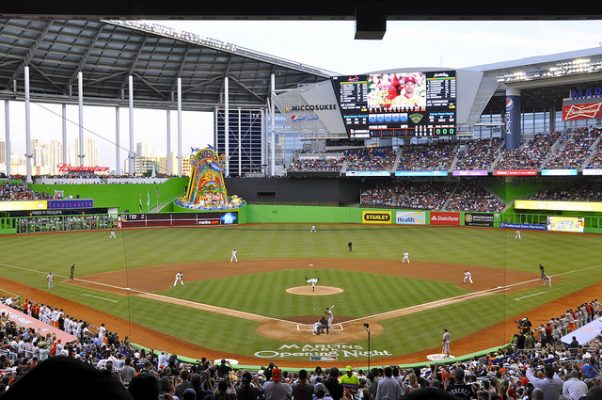 Marlins First Pitch at Marlins Park by Roberto Coquis is licensed under CC by 2.0

On this Day in Sports History March 23

On this day in 1955, Moses Malone was born in Petersburg, Virginia.

On this day in 2001, the Toronto Raptors set an NBA record with 23 blocked shots in a 112-86 win over the Atlanta Hawks.  The previous record was held by the New Jersey Nets, who blocked 22 shots on December 12, 1991 against the Denver Nuggets.

On this day in 2009, the Miami-Dade County commissioners approved the final documents for the Marlins new 37,000 seat stadium.  Marlins Park would in 2012 and feature a much needed retractable roof.