On this Day in Sports History March 26 - Fueled by Sports 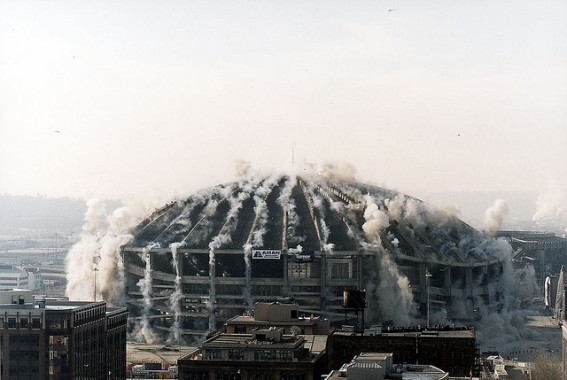 Kingdome implosion, 2000 by Seattle Municipal Archives is licensed under CC by 2.0

On this Day in Sports History March 26

On this day in 2000, the Kingdome was demolished using 5,800 holes filled with gelatin dynamite and 21.6 miles of detonation cord.  The Kingdome was the Seattle Mariners home from 1977 to 1999.