Ranking the Top Braves Players of All-Time - Fueled by Sports 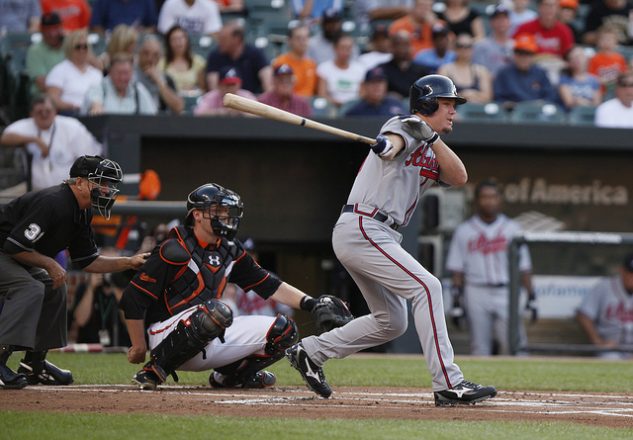 Among all the franchises in Major League Baseball (MLB) history, a few seem to lay claim to a major representation of the greatest players ever. Everyone knows the New York Yankees have nurtured a couple of these players along the way to stardom, but how many people would have guessed that the Braves are right up there? In every era, with every city change or name change, the Braves (in Boston, Milwaukee, and Atlanta) have had some league-defining players, making this ranking much harder to create.

A couple points to keep in mind:

A Braves player for two decades, Smoltz was a definite fan favorite in Atlanta. Although Smoltz was putting up good numbers early on in his career, he really came to the fore in 1996, going 24-8 with a sub-3 ERA and a WAR of 7.3. He struck out a career-high 276 batters that season en route to a Cy Young award. He finished top-4 in Cy Young voting two years later going 17-3. Despite undergoing Tommy John surgery in 2000, Smoltz was undeterred and moved to the bullpen to help fill a void at closer. In his first full season at closer, Smoltz set a National League record with 55 saves, and finished top-3 in Cy Young voting. A move back to the rotation brought around a few double-digit win seasons before Smoltz finally slowed down at the tender age of 41.

Another stalwart pitcher brought up by the Braves in the late 80’s, Glavine actually endured a tumultuous start to his Braves career, going 7-17 in his first full season. He then turned it on in the 90’s including a remarkable 1991 season where he went 20-11 with a 2.55 ERA and a ridiculous 8.3 WAR. He won the first of his two Cy Young awards that year and led the Braves to the World Series. He was once again among the leaders for the Cy Young the next two years, winning 20+ games both years making him the last pitcher to win 20 games or more in three consecutive seasons. A couple lean years by his standards followed before a 20-6, 2.47 ERA year gave him his second Cy Young. He signed with the New York Mets in 2003.

Spending close to two decades with the Braves, Phil Niekro helped contribute to the Braves most successful seasons before the 90s. A masterful knuckleball pitcher, Niekro owns a slew of interesting MLB records including most career victories by a knuckleball pitcher and most career victories after the age of 40 (He recorded his last victory at the age of 48!). Although he never won a Cy Young, he came close quite a few times including in his sparkling 1978 season where he finished top-6 while ending with a WAR of 10.0. Niekro threw the first no-hitter since the team moved to Atlanta.

Smoltz and Glavine had amazing years during the 90s but somehow only picked up 3 Cy Youngs between them. The reason? Greg Maddux existed. Maddux won four (4)! Consecutive Cy Young awards from 1992-1995 with the former coming while he played on the Chicago Cubs. After moving to Atlanta, Maddux never went a single season with less than 15 wins. In his first six seasons with Atlanta, his highest ERA during that span was 2.72. A major reason the Braves won the World Series in 1995 was due to Maddux going 19-2 with a 1.63 ERA and an insane 9.7 WAR. Maddux would surely be #1 on this list if it wasn’t for the fact that a good portion of his career was spent on the Cubs.

The greatest southpaw pitcher in the history of the game, Spahn epitomizes the Braves franchise. He is the franchise leader in wins (356), innings (5046) and shutouts (63). He won 20+ games 13 times in his career and finished top-3 in Cy Young voting in five out of six consecutive years including a first place finish in 1957. He was a 17 time all-star, and won 3 ERA titles in his career. The award given to the best left-handed pitcher in the league is named after him.

A highlight reel in center field for years, Andruw Jones was the uncanny player who could hit for power and save a few runs with the glove as well. At the time, the youngest player ever to hit a home run in the postseason and the second player ever to homer in his first two at-bats, Jones smashed 434 dingers in his career with 368 of them coming in the Braves uniform. He mashed 51 in 2005 alone en route to finishing second in MVP voting that year. A career dWAR of 24.1 shows that Jones was impressive in the field, routinely gunning down runners at the plate with his arm.

One of the greatest third basemen of all time, Mathews could hit for average as well as power. A 1959 season with 46 home runs and 182 hits had him finish second in MVP voting that year. An all-star for 9 years, he helped lead the Braves to the World Series title in 1957. He is the only player to have played for the Braves in all of their cities: Boston, Milwaukee, and Atlanta.

Murphy had a superb individual streak of awards in the 80’s, winning MVP in 1982 and 1983, Silver Slugger from 1982-85, and the Golden Glove from 1982-86. An accomplished batter, hitting nearly 400 home runs for his career, Murphy’s fielding fortunes turned after moving to the outfield. After leading all first-basemen in errors, a move to all three outfield positions helped begin his streak of golden gloves.

Possibly the best switch-hitter in the history of baseball, Chipper Jones played his entire career for the Braves. Formerly a shortstop turned third-baseman, Jones was one of the few players who could hit for both power and batting average, doing so from both sides of the plate. His 1999 season saw him earn a WAR of 8.0 while accumulating 45 home runs, and a batting average of .319. He became the first player ever to record a .300 average, more than 40 home runs and doubles, draw 100 walks, RBI’s, and runs scored as well as stealing over 20 bases. Beginning in 1996, he got over 175 hits in seven consecutive seasons. At the ripe old age of 36, he won the batting title with an average of .364. Jones ended his career hitting over .300 from both sides of the plate, one of only two players ever to achieve that.

In the running for greatest player of all time, Aaron holds the records for most seasons as an all-star, most career RBI’s (2297), extra base hits (1477), and total bases (6856). In 18 consecutive seasons, Aaron was within the top-17 in MVP voting and hit at least 24 home runs in each season. He hit 755 home runs and had a career batting average of .305. Despite playing in a time where African-Americans were still discriminated against, Aaron remained steadfast and poised in the face of evil. Aaron was one of the greatest baseball personas both on and off the field.