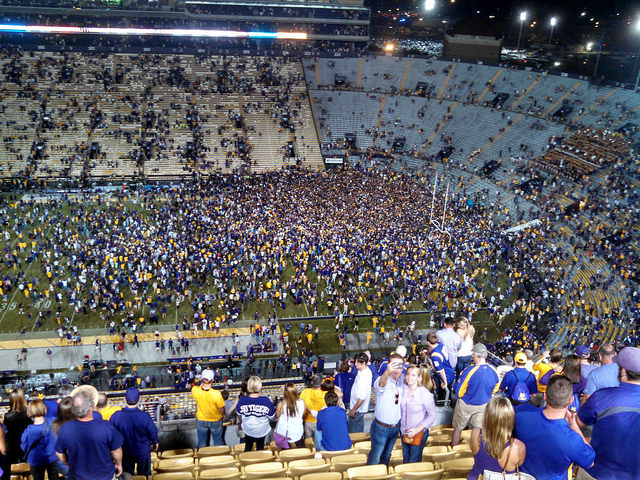 LSU upset Ole Miss this past week 10-7 in a classic defensive matchup.  LSU remained sixth in my rankings this week, but they are quickly on the rise and will have a key matchup when they host Alabama in two weeks.

Alabama is coming off a win at Tennessee.  The Crimson Tide got off to a quick start, with a 27-0 lead in the first half, but the Vols stormed back and got within two touchdowns late in the game.  Alabama would go on to win 34-20.   Alabama moves up to number two with the Ole Miss loss and the Rebels will have a chance to regain that spot with a victory over Auburn.  Ole Miss has been lucked out this season, with most of their conference games being at home.

Auburn moved up a spot, after beating South Carolina by a touchdown.  I still haven’t figured out this team and they will have a chance to prove themselves this week when they travel to play Ole Miss.  South Carolina continues to struggle and will have a big game this week against Tennessee.  The Gamecocks will look to avoid going below .500.

Missouri beat Vanderbilt by a touchdown to remain in the race for the east division, which has dwindled to a two team race.  Missouri only conference loss came to the division leader Georgia.  Missouri will play Kentucky and can’t afford a loss at this point.   Missouri still has a chance with Georgia still having to play Auburn in a few weeks.

Mississippi State remained number one, after beating Kentucky by two touchdowns.  Kentucky impressed me and I think they will compete in the east next season.