Teams that could potentially trade for Brandin Cooks - Fueled by Sports 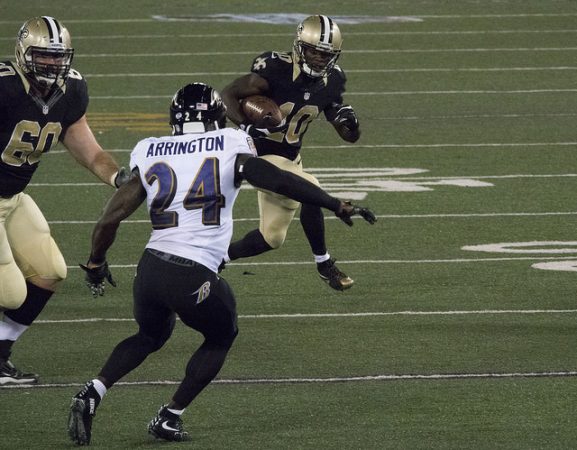 The image of Brandin Cooks by Keith Allison is licensed under CC by 2.0

The New Orleans Saints said it would take a first-round pick for them to trade receiver Brandin Cooks. That may seem like a steep price for a receiver entering his fourth NFL season and the final year of his rookie contract, but the Saints know they don’t have to trade him and if a team truly wants him they’ll give up a mid-to-late first-rounder for Cooks. Cooks also wants a “hefty contract extension” to make him one of the highest paid players at his position.

The Titans and Eagles seem to be the top candidates right now. We know the Titans won’t be giving up their fifth overall pick, but they might consider letting go of their 18th pick if Mike Williams, Corey Davis and O.J. Howard are off the board when its time for that pick. The Eagles, in my opinion, are less likely to part with their first-rounder since they only have one and there’s a chance that Dalvin Cook or Leonard Fournette could fall to them at 14.

Alex Marvez is reporting that the Eagles are the likely landing spot for Cooks, but I have a tough time believing that Philadelphia would part with such an early pick.

I’m told @Eagles likely landing spot for @brandincooks so not sure how that would affect @BMarshall interest https://t.co/zjpvauzFpc

Right now it looks like the only two teams interested are the Titans and the Eagles. We will update if any other teams surface.