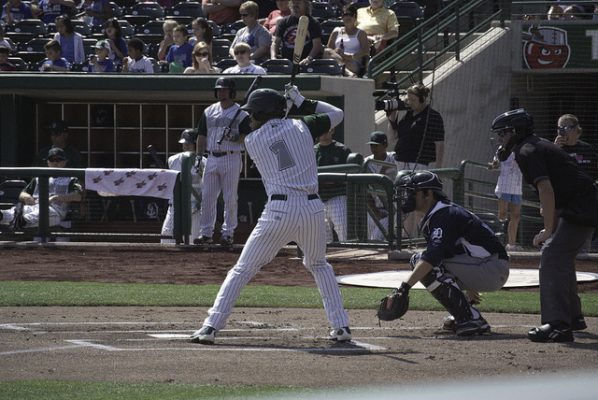 The evaluation of baseball prospects is one of the toughest jobs in sports. Projecting MLB success is difficult considering all of the things that have to go right for a player to even make the majors. For every Derek Jeter, there are 10 Chad Mottolas. In many cases, the long bus rides through the minors never even stop at an MLB ballpark. However, when a sure-fire future star fails to live up to expectations, everyone involved with the organization feels the pain. These are the top 10 biggest busts in MLB history.

Bullington was an established college pitcher who wasn’t looking for a massive contract, making him a safe option for Pittsburgh. Unfortunately, the first Mid-American Conference player to go number one overall in a major sports draft was far from a sure thing. After four years in the minors, Bullington spent five years bouncing around from Pittsburgh to Cleveland, Toronto and Kansas City. He compiled a 1-9 record with a 5.62 ERA before bolting for Japan’s Nippon Professional Baseball league. In 2011, Bullington was named an NPB All-Star, but he will always be remembered as one MLB’s top busts.

Goodwin is the only player ever selected first overall in the MLB draft in separate years. Initially drafted out of high school by the Chicago White Sox, Goodwin spent four years at Southern University before the Angels made him the top pick of the 1975 draft. His College Baseball Hall of Fame career in the rearview, Goodwin got off to a hot start in the minors, but never put it together in the pros. Although he stayed up long enough to play 252 games, Goodwin hit just .236 in the majors. For a player who hit as well as he did (.313) in the minors, Goodwin is one of the most disappointing players in MLB history.

Tate, a Georgia native, was a high school All-American in both baseball and football for Cartersville High. The son of a former NFL running back, Tate was an elite athlete who the Padres believed could develop into the mold of Andruw Jones. After making him the third overall pick, San Diego dangled a $6.7 million signing bonus in front of Tate to encourage him to skip college. As it turns out, they would have been better off letting him go to school. In 2009 and 2010, Tate suffered various injuries that derailed the start of his career, highlighted by a broken jaw suffered in an ATV accident. In 2011, he was suspended 50 games for a second violation of baseball’s substance abuse policy. By 2015, Taylor was out of the Padres’ system. One notable outfielder taken later in that draft was some guy named Mike Trout. Ouch.

Chilcott, a lefty catcher scouted by Casey Stengel, was the first pick in the 1966 MLB Draft. A California native, Chilcott is one of the only number one picks to never make it to the majors. By all accounts, Chilcott was on the road to success— he lead his team in nearly all offensive categories in 1967 — but a shoulder injury suffered during a slide into second base changed the course of his career. In seven minor league seasons, the catcher hit .248 and played just one year in AAA. Cementing Chilcott’s legacy as one of baseball’s biggest busts was the Hall-of-Fame career put together by the 1966 draft’s second pick, Reggie Jackson.

Unlike others on this list, Clyde’s legacy as one of MLB’s biggest busts is mostly his employer’s fault. The left-hander, once compared to Sandy Koufax, was selected first overall in the 1973 MLB Draft — and then immediately brought up to the majors. Although the initial plan was to let Clyde pitch two games for Texas and then head back to the minors, Rangers owner Bob Short decided he needed to stay. Clyde’s contract, which included a then-record $125,000 bonus, was the main factor in this decision. Unfortunately, it never paid off for the Rangers, as the lefty was riddled by arm and shoulder injuries. By 26, he was out of baseball for good.

Kieschnick, another College Baseball Hall-of-Famer, is the only person to win the Dick Howser trophy for top college player twice. A left-hander who hit right-handed, the University of Texas product was a great hitter (.360 average) and pitcher (34-8 record, 3.05 ERA) in his three collegiate seasons. With the tenth overall pick in the 1993 draft, the Chicago Cubs selected Kieschnick. Although he was a fine college pitcher, he was ranked as the Cubs’ top prospect by Baseball America in all three of his minor league seasons for his hitting power. Unfortunately for Chicago, that power never translated to the major league level. In six MLB seasons, Kieschnick hit .248 with a 4.59 ERA as a relief pitcher. Furthermore, in the 11 picks that followed Kieschnick in the 1993 draft, MLB All-Stars Billy Wagner, Derek Lee, Chris Carpenter, Torii Hunter and Jason Varitek were all selected.

The Rockies made Reynolds the second overall pick in the 2006 MLB Draft with high hopes for the Stanford pitcher. The California native shot through Colorado’s minor league system, reaching the majors in May 2008. Once there, the magic disappeared. The right-hander played just one game in 2009 due to injury and did not pitch again until 2011. That year, the Rockies officially cut ties with Reynolds. He last played in a meaningful game in 2014 for the Seibu Lions of Japan. Colorado’s draft bust looks worse considering future stars Evan Longoria, Clayton Kershaw and Max Scherzer were all selected a few picks after him.

Like the top bust on this list, Matt Bush was a high school pitcher drafted first overall whose career was marred by disaster. The pressure, however, was even more burdensome for Bush, a San Diego native drafted by his hometown Padres. He wasn’t San Diego’s top choice, but the team settled on him due to the large contract demands of other prospects. Although Bush started his career at shortstop, the Padres decided his big arm was better suited for the mound. It was never meant to be, though. That year, Bush tore a ligament in his pitching elbow and missed the next two seasons. San Diego released Bush in 2009 after he assaulted two high schoolers in a drunken rage. In 2012, while playing for the Tampa Bay Rays, Bush was arrested and charged with a DUI following a hit-and-run.

Hartung was one of the most hyped prospects of his generation, mostly due to the eye-popping numbers he put up playing for military teams during World War II. During that span, the Texas native went 25-0 on the mound and batted .567 against competition that featured other major leaguers. The New York Giants were so impressed that they signed Hartung for $35,000, a hefty sum for the time. Expectations were sky-high, with one sportswriter suggesting Hartung should skip the Polo Grounds and head straight to Cooperstown. Once in a Giants uniform, however, the luster faded. Hartung finished his five-year career with a 5.02 ERA and .238 batting average.

The Yankees believed Taylor was their next big thing, drafting the lefty pitcher first overall in the 1991 MLB Draft. New York was so taken with Taylor that it signed him to a $1.2 million contract, which was a lot for a high schooler at the time. While his career started off well — he went 13-7 with 150 strikeouts in AA — it took a tragic turn for the worse in 1993. While back home in North Carolina, Taylor got into a bar fight and suffered a serious shoulder injury. Over the next four miserable years, it was apparent he would never be the same pitcher. In 1998, the Yankees released Taylor with no return on their big investment. Unfortunately for Taylor, his reputation as one of MLB’s biggest busts was magnified due to the success of the Yanks’ next top pick, Derek Jeter.

Tweets by @FuelingSports
Ranking the 10 Best Shortstops Since 2000
Babe Ruth: Hero in Death As in Life
To Top
Fueled by Sports