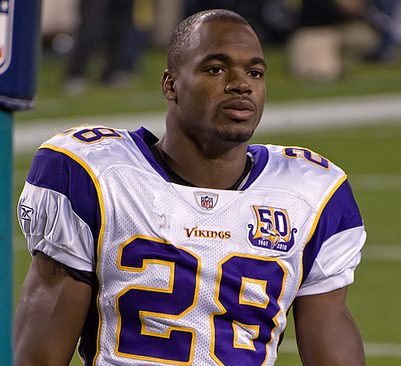 The Minnesota Vikings have been playing football since 1961. In the decades since, they have had many great teams led by some tremendous players. Considering how much the game has changed throughout the past 50-plus years it is difficult to compare players from different eras, but I am going to try. Without further ado, here are my picks for the top ten players in Vikings’ history.

2017 will mark the first season in a decade without Adrian Peterson as a member of the Vikings. While he has certainly had his ups and downs, his career merits a place on this list. A dominant ball carrier from Day One, he completely rewrote all of the Vikings rushing records. He also had one of the most incredible seasons of all-time.

In 2012, Peterson began the season less than a year removed from a torn ACL and ended it less than a first down’s worth of yards from breaking the NFL single season rushing records. The season’s final regular season game, at home against Green Bay, is still one of my favorite games ever. Peterson was a workhorse just like he had been all season, and the Vikings prevailed, securing their spot in the postseason. Though Peterson had flaws in his game and of course the incident with his son, his game spoke for itself for several seasons.